Key Components of a Server

All servers have some key components as well as other, optional components. Since we all enjoy servers each time we go online, it is a good idea to gain a basic overview of how they work by looking at their individual components.

It’s also in charge of all I/O and a few other important bits that the average person won’t need to know.

Central Processing Unit (CPU) / Processor
The next critical component of a server is a central processing unit (CPU). This is also known as a processor. If the motherboard is the computer’s heart, the processor is its brain.
When it comes to the performance, the processor is often the first component which comes to mind.

Random Access Memory (RAM)
They would not be complete without a healthy dose of memory, especially one that’s going to be responsible for hosting a website. Memory in a server doesn’t refer to the hard drive, but instead RAM.

Hard Drive
Nowadays, SATA drives are the standard for hard drives. These offer good performance and reliability but are already being replaced by up and coming hard drive technology. You may have already heard of it as it’s also making waves in consumer markets. If you guessed SSD (Solid State Drives) you’re right.

Power Supply
Finally, there’s the power supply. You don’t need to know much about the power supply of a server except that it’s there, and it’s what powers all the components in your server. 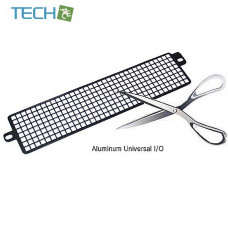